Terry Lee Barrett was born at Andrews Memorial Hospital in Kingston, Jamaica. He was named after the doctor that helped bring him into the world. He is the son of The Reverend Dr. Leonard E. Barrett, Ph.D., and Theodora Jackson-Barrett. In his early life, he lived in Jamaica, Philadelphia, PA, and San German, Puerto Rico.


He majored in Communication, History, and Political Science at Philadelphia's Temple University. Barrett's on-air entertainment debut began when he was hired as the youngest host on the all-talk-radio formatted WHAT-AM Radio program in 1978 in Philadelphia, where he produced and hosted the "Express Yourself to Terry Lee Barrett" talk show. 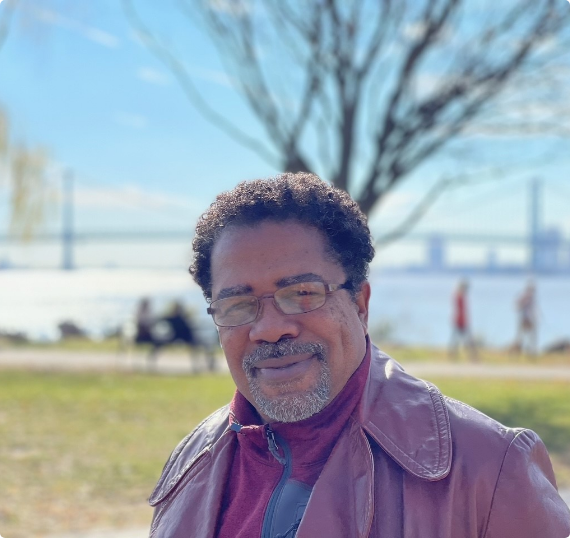 In 1979, his radio career blossomed when he produced "The Infinite Hourglass," an African-American History commercial series, which was nominated for the CEBA Award, a national honor for excellence in advertising. His work drew the attention of WDAS AM/FM Radio in Philadelphia, where he worked from 1980 to 1987 as a news reporter and producer of the legendary "Georgie Woods Talk Show."

In 1985, Barrett began his interest in video production and started his "Video-to-Go" company, which created the "Video Hawk" cable show. The entertainment talk show he hosted highlighted various artists, from Janet Jackson to the Third World reggae band. Barrett also produced "Empress of The Blues," the highly acclaimed documentary on blues legend Bessie Smith sponsored by The Philadelphia Blues Alliance.

Music was always Barrett's real love. He continued his rise on the entertainment and music scene by hosting the top-rated Caribbean/World Music Show, "Caribbean Rhythms," on WRTI FM from 1987 to 1995. In addition, he produced, hosted, and emceed numerous live shows.

During this time, two Philadelphia building developers invited Barrett to an abandoned pier on the Philadelphia waterfront. They asked him one question: Would it succeed if they were to build a Caribbean-themed nightclub there? "Yes and absolutely," Barrett responded, and the legendary "Katmandu" Restaurant, Nightclub, and Marina were born. Barrett became the House DJ and Music Director at this world-renowned world music hotspot for the next 12 years. A second Katmandu opened on the New Jersey waterfront where Barrett also deejayed.

In 1998, Barrett founded the Philadelphia Foundation for World Music and Arts. The Foundation held many events and provided Jamaica with educational materials and medical support. In addition, the Foundation screened two internationally acclaimed movies, "Life and Debt" and "Africa Unite," and awarded Toots and The Maytals with the City of Philadelphia Proclamation.

His Kata novel has captured a Five-Star rating on Amazon and is in Development for a Live-Action movie! It has a critical Philadelphia tie-in and is perfect for all ages! I am writing the sequel to Kata as part of a series.

Barrett is marketing his novel and screenplays worldwide. He has written his Caribbean epic fantasy novel and screenplay entitled "Kata The Iron Thorn" in honor of his late father, the world-renowned anthropologist and author Dr. Leonard E. Barrett, Ph.D.