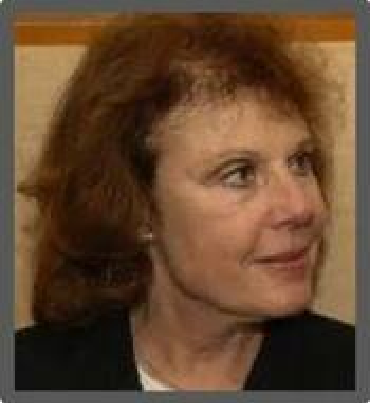 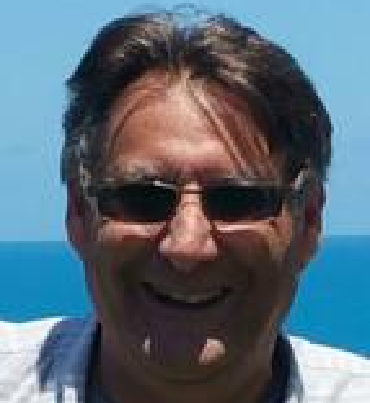 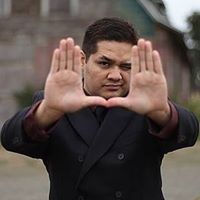 When she left there 5 years later, she was considered a top Casting Director, who followed Zieff’s view of casting “real” people rather than beautiful models. This was very attractive to the new wave of directors in Hollywood which began offering her films, and she accepted.

After moving there, she cast the original “Star Wars” for George Lucas, worked with Brian de Palma on “Carrie” “Badlands” for Terrence Malick, and “Movie Movie” for Stanley Donen. These films brought her to the attention of Warner Brothers, which hired her as Head of Casting. There she worked with among others, directors Stanley Kubrick (The Shining), Arthur Hiller (The In-Laws), Ulu Grossbard (Straight Time), Frank Pierson (A Star is Born), and Carl Reiner (Oh God!).

After returning to free-lance work, she renewed her relationship with Terrence Malick on “Days of Heaven”, “The Thin Red Line.” Back in New York, she worked with Peter Weir for whom she cast “Witness”, “Mosquito Coast” and “Green Card.”

Following were others films that did quite well that Dianne casted such as “Pretty Woman” starring Julia Roberts, that was the signature film to launch her career with Richard Gere along with “Spiderman” that launched Tobey Maguire career.

Dianne then went on to casting many international films like Phillip Kaufman’s “Unbearable Likeness of Being , Ridley Scott’s “ Black Rain”, and the most recent international cast “For Greater Glory” starring Andy Garcia.
See Dianne Crittenden on IMDB.com:  http://www.imdb.com/name/nm0188240/?ref_=fn_al_nm_1

Mr. Robert Engelman comes to Kata the Iron Thorn Film Project after working in the fore-front of filmmaking as a busy producer for over 30 years. He began his career by producing his first student film in 1973 while attending UCLA film school.

As a film student, Mr. Engelman won the Jim Morrison award for another one of his first efforts. He went on to apprentice with the late cinematographer John Alonzo on films like: Bad News Bears, Black Sunday, and Casey’s Shadow. Mr. Engelman’s well-rounded film career as a producer, Executive producer and line producer, in which he learned to watch the bottom line, he will oversee film financing, production scheduling, and accounting, and administer production budgets and spending.

To date throughout his long career as a film maker, Mr. Engelman has brought all of his projects in on time and on budget. After his apprenticeship with John Alonzo, Mr. Engelman’s body of work led him to become an assistant director, working on such films as Steel Magnolias (with Herbert Ross) and Serpent and the Rainbow (with Wes Craven). It wasn’t long before his reputation for bringing films in on budget, led him to become a producer working within the Major Studio machinery on such notable films as The Mask, Mortal Kombat, One Night Stand, Blade, Little Nicky, Mystery Men and Scooby Doo.

A few of the last producing projects he is completing before he takes the helm of Brave New World International Films are “Dolphin Tale” starring Morgan Freeman, “Hong Kong Phooey” and “Anatomy of Evil.”
See Robert Engelman on IMDB.com:  http://www.imdb.com/name/nm0257258/?ref_=fn_al_nm_1

Mr. Nathan, has been involved with the development of music, film/TV, product licensing, marketing and retail products for 30 years, he brings a wealth of entertainment and marketing knowledge and content related relationships for producing the Kata the Iron Thorn Film Project.

His most recent work was producing The Summit Symphony “Soul of Light” Experience that will tour nationally in 2015 as an multimedia Theatre Dome show. In 2014 he also co-produced the Music Documentary entitled “The Grove Monster” based on Tony Newton’s life of a Motown Fame Musician, Singer/Songwriter known as the baby funk brother. Louis also shares a passion for our Country’s youth and was asked to join The Shape Up America campaign as a Director and National Event Producer. Louis is also very active in the Commodities business as a consultant. He also produced an event on Board the Queen Mary entitled “The Order of Constantine the Great and Saint Helen”, October 9, 10, and 11th. 20010. The Charity is one of the world’s oldest dynastic Order of Knighthood by the predominantly Royal families of Europe but is of international in scope. Louis was an independent Producer for over 500 How To Do Videos for ExpertVillage.com, which is now EHow.com.

Prior to that Louis was the President of Re-Q, Inc., that was a midline record label, audio book pub- lisher and a merchandising licensing company. Before he resigned Louis successfully achieved a new audio format entitled DocuBooks, on CD’s, which included the; Beatles, Elvis, Frank Sinatra, The Rolling Stones, Ronald Reagan, Gods & Goddesses of the Silver Screen to name a few. Louis throughout the years through Nathan Enterprises, Inc. also developed key entertainment properties and consumer products for a number of top entertainment and consumer-oriented clients including, Hearst, King Features Syndicate, Wang Film Productions, Rhino Entertainment, EMI/Capital Special Markets and NBC Entertainment.

He also represented Liberace’s merchandising exclusively. Prior to merchandising he was with Nu Ventures Home Video as their Sr. Vice President, and successfully packaged classic TV series, such as The Fugitive, Mod Squad, Howdy Doody and The Rifleman, for the direct response and rental and sell-through markets.

Louis was one of the first to come up with the concept to package the 5/6 Video Box with three to four episodes as a collector’s item for Direct Response marketing. He also consulted, licensed, managed, produced and executive produced “The Hollywood Pops” with Sony Music, developed television and educational properties, such as Romero and Juliet, staring Kel Mitchell (Keenan & Kel) and Great Healing Getaways.

Back in his earlier years Mr. Nathan founded Flight Productions, Inc., which was involved in all facets of the music business from artist management, music publishing and the promoter of live events which operated on the East Coast, such as Gorgeous Ladies of Wrestling (G.L.O.W.) at the Philadelphia Civic Center and the Atlantic City Convention Hall, Moscow on Ice (North American Tour),The Buddy Holly Syndicated 50th Anniversary Radio Special and countless national music acts from Chuck Berry to the Police.See Louis Nathan on LINKEDIN.com https://www.linkedin.com/in/louisnathan/

Born and raised in East Los Angeles, California, but currently living, working, and playing in Tacoma, Washington, Carlos A. Ortiz with Zeta-Maya Entertainment (ZetaMaya.com) is a filmmaker, community leader, and social entrepreneur who is an experienced, unique and passionate filmmaker who knows about adversity and how to use education, storytelling and the power of positive thinking to overcome any obstacle, problem or challenge in life, as well as in the film business. As an American Latino, he’s an exciting new voice for the Latino community; and as a family man, educator, and mentor, he devotes his time to helping others achieve success in order to make a positive difference, create change, and leave a lasting legacy.

His focus as a Writer/Director/Producer is on narrative feature films, feature-length documentaries, and original TV series that are in some way groundbreaking, insightful, inspirational, educational, entertaining, and that tell timeless stories that are universal in their appeal. His films explore the darker side of the human condition as a way to shed some light on controversial topics, and current issues, and hopefully start a dialogue in order to find solutions to the many challenges and problems we face as humans.

He is the Co-founder and former Chairman of LUNA, an education-based, charitable nonprofit helping underprivileged and under-represented youth attain a professional career. He also has over 20 years of photography, video production, sales, and business experience, including over 12 years of multimedia marketing and advertising experience.

Featured as a panelist, among other notable speakers, at the 2021 “Poverty to Possibilities” Summit by United Way of Pierce County, and as the keynote speaker at the 2022 Town Hall Meeting for LULAC in Seattle and Tacoma, WA, he has participated in several speaking engagements, panels and delivered impactful motivational speeches.

He is currently working with the Seattle Latino Film Festival (SLFF.com), the Seattle Film Summit, and in development on the action-comedy, the feature film “The TacoMan (2023), and working on several films, documentaries, commercial and community projects. He plans on being one of the greatest filmmakers in the history of cinema.