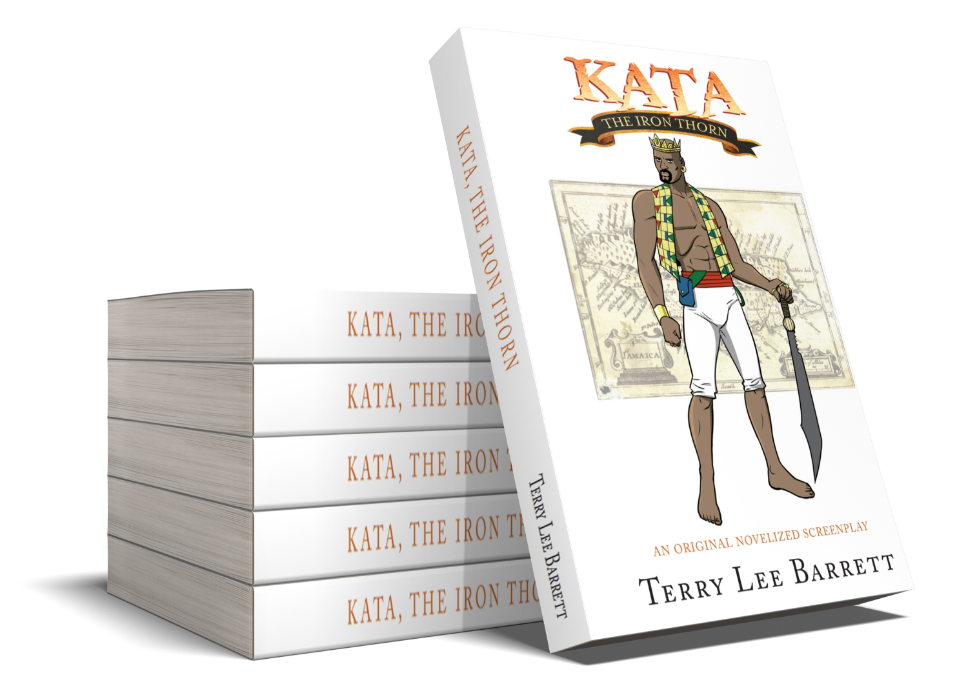 As a Jamaican-American screenwriter born in Jamaica and raised in Philadelphia, Pennsylvania, I deeply connect to my history and culture; I have had a lifelong interest in telling my semi-autobiographical story, “Kata, The Iron Thorn.”

Kata is a spooky family fantasy adventure with a nonviolent theme. The Kata story is a Romantic Fantasy at its core! The narrative is set in the 21st century but flashes back to Kata‘s legend, the supernatural Jamaican Warrior that battled pirates and ghosts (duppies) in 1655, Jamaica.

Kata has an original narrative for a black history movie. So, no, it's not told like many black history-oriented movies like "12 Years A Slave" or "Harriet." Instead, Kata takes its history lessons and wraps them in a full-blown fantasy that is funny, quirky, campy, and often spoofs the pirate genre.

My Kata novel has captured a five-star rating on Amazon and is in Development for a Live-Action movie! It has a critical Philadelphia tie-in and is perfect for all ages! Currently, I am writing the sequel to Kata as part of a series.

Philadelphia disc jockey of Caribbean descent returns to Jamaica and becomes entangled in an old, supernatural legend that reaches the very core of his identity.

Disc Jockey Terry Lee Barrett (TL) was born in Jamaica but raised in Philadelphia, Pennsylvania. Unfortunately, he does not know he is the youngest descendant of Kata, the mighty Jamaican Warrior, who fought Pirates and Duppies (ghosts) in Jamaica over 300 years ago. The legend of Kata and The Iron Thorn was something TL‘s father, the late Rev. Dr. Leonard E. Barrett, Sr., had not wanted his son to know. He knew that all those who drew the sword would die by the sword. In the past, the Iron Thorn, a deadly blade that could fight on its own when instructed, was necessary to fight pirates and duppies, but now, it can only do destruction.

I have written the Kata screenplay in honor of my Father, the world-renowned anthropologist, Reverend Doctor Leonard E. Barrett, Sr. (1920-2003).

"Kata" mixes up the Fantasy Film genres, which will make it a fun and exciting movie-going experience. The film primarily takes place in the present-day, with a love story, making it a Contemporary and Romantic Fantasy. It is also a Sword and Sorcery Fantasy, as the movie has a quest to find a magic sword (the "Iron Thorn") similar to the King Arthur Fantasy. It is also a Pirate Adventure, which resonates with "The Pirates of the Caribbean" franchise.

I am convinced that the Kata story is the next big thing with the success of the "Pirates of the Caribbean" franchise and Marvel's hugely successful "Black Panther"!

"Black Panther" is the latest and most significant in a series of recent hits that feature black actors in significant roles, like "Hidden Figures" and "Get Out." People of color make up a disproportionate number of what the Motion Picture Association of America calls "frequent moviegoers" -- people who go to the movies once a month or more. Among African Americans in particular, the number of frequent moviegoers is up 27 percent since 2012. That number is down 21 percent among white audiences.

Women's importance and the new wave of feminist awakening are made evident in Kata! They are represented in the parts of "Imani Sharp," “Empress Iyadola,” "Captain Phoebe Olivia Penn" and "Nan, Di Queen Enchantress."

The Kata, The Iron Thorn Novel is on a HOT BUTTERED ROLL!  Elite Authors Publishing  said that they love the Kata story and describe it as, “a fast-paced fantasy similar to The Princess Bride, by William Goldman, and Twenty Thousand Leagues Under the Sea, by Jules Verne. “