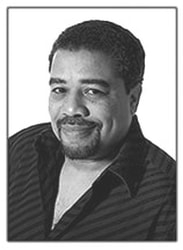 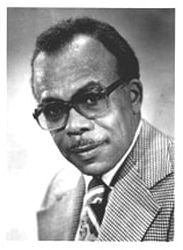 Kata The Iron Thorn, is a Super Hero and Spooky Family Fantasy Story with a non-violent theme. Though the story takes place in Present Day, it flashes back to a legendary tale that takes place during The Age of Piracy to dramatically reflect on the issues of violence, greed, ignorance, race, and prejudice. The Kata story uniquely reflects on these pressing issues with wit and humor. The story has a crucial Philadelphia, Pennsylvania tie-in. Kata is a great story, suitable for all ages. I am entirely convinced that the Kata story is the next big thing with the success of “Pirates of the Caribbean 5” and Marvel’s hugely successful “Black Panther.”

“Blade was critically embraced, commercially successful ($333 million in box-office receipts) and a high-water mark for an obscure superhero character from an obscure comic book horror series. The franchise also provided a blueprint for what would become Marvel Studios’ eventual MCU pop-culture takeover.”

The “Kata The Iron Thorn” screenplay was written by Terry Lee Barrett the Jamaican-born and longtime Philadelphia entertainment personality in honor of his parents. His father, the world-renowned anthropologist, and author, Rev. Dr. Leonard E. Barrett, Sr. (1920-2003), wrote the classic books The Rastafarians, The Sun and the Drum, and Soul-Force. The Rastafarians has been honored as the #1 Best Seller on Rastafarianism on Amazon.com.

However, his The Sun and the Drum book that covers witchcraft and the supernatural in Jamaica inspired the Kata story. “I’ve wanted to write this story since I was six years old when my father related fascinating Jamaican history and yes, ghost stories that scared me to no end,” said Barrett.

​Kata has an original narrative for a black history movie. So, no, it’s not told like many black history-oriented movies like “12 Years A Slave” or “Harriet.” Instead, Kata takes its history lessons and wraps them in a full-blown fantasy that is funny, quirky, campy, and often spoofs the pirate genre.

Kata Film Summary
A Philadelphia disc jockey of Caribbean descent returns to Jamaica and gets entangled in an old, supernatural legend that goes to the core of his identity.

Disc Jockey Terry Lee Barrett (TL) was born in Jamaica but raised in Philadelphia, Pennsylvania. He has no idea that he is the youngest descendant of Kata, the mighty Jamaican Warrior, who battled Pirates and Duppies (ghosts) in Jamaica more than 300 years ago. The legend of Kata and his supernatural sword The Iron Thorn was something TL’s father, the late Rev. Dr. Leonard E. Barrett, Sr., hadn’t wanted his son to know. He knew that all who draw the sword would die by the sword. The Iron Thorn, a deadly sword that can fight by itself when orally commanded, may have been needed to fight Pirates and Duppies (Ghosts) over 300 years ago, but in these modern times, it could only bring trouble.

Barrett’s semi-autobiographic, screenplay received a glowing review from Dr. Carole E. Boyce Davies, Professor of English and African Studies at Cornell University, who stated, “I extend my best wishes for its (Kata’s) successful completion and as indicated I am absolutely looking forward to seeing it materialize. The “Kata The Iron Thorn” screenplay presents filmic innovation, which will provide the kind of far-reaching impact that is desired.”